Nicolas Radulescu, born in Vienna into a German and American family of musicians, made his first acquaintance with orchestral playing already during his early piano and cello studies in Vienna. After school he first studied musicology at the University of Vienna. During this time he also pursued further instrumental studies (viola da gamba and harpsichord).  His intensive studies of early and contemporary music resulted in a busy concert schedule in these fields and also to his attending numerous masterclasses, e. g. with the Hilliard Ensemble. He also began to give guest lectures in music history, e. g. for Vienna programmes of Brigham Young University.

After the lasting impression made upon him by attending Bruckner performances by Sergiu Celibidache, Nicolas Radulescu received his first conducting instruction from his father, the organist, composer, and conductor Michael Radulescu, a former student of Hans Swarowsky. From 2000 he studied conducting at the University of Music and Performing Arts Graz with Martin Sieghart, Wolfgang Bozić und Johannes Prinz, graduating in 2006 with unanimous distinction.

As a conductor, repépétiteur, and continuo player he worked at the festival Mozart in Reinsberg, with the Wiener Singverein, at the  Wiener Kammeroper and with Musikwerkstatt Wien; he conducted, among others, the orchestra of the Kunstuniversität Graz, the Savaria Symphony and the Arnhem Philharmonic Orchestra, Sinfonietta Baden (today: Beethoven-Philharmonie), collaborating with famous soloists such as Elisabeth Leonskaja. In the course of his concert activities, Nicolas Radulescu has already appeared in renowned venues such as Vienna’s Musikverein and Konzerthaus, Salzburg’s Mozarteum hall, the Stefaniensaal of Graz and the Amsterdam Concertgebouw.

Nicolas Radulescu conducts Camerata Medica Wien since its foundation in 2004; from 2007 through 2011 he was musical director of the Graz University Orchestra, and from 2007 through 2012 also of the Grazer Akademische Philharmonie. Since 2007 he conducts the international chamber orchestra  Camerata Pannonica, and since 2010 also the Franz Schmidt Kammerorchester. In May 2012 his work with this latter orchestra, which specializes in nurturing exceptional young talents, was nominated for the Appassionata Kulturförderungspreis.

From 2006 through 2013 Nicolas Radulescu taught at the Graz University of Music, in 2009 as assistant in the conducting class of Martin Sieghart. Apart from his musical and teaching activities, Nicolas Radulescu is also artistic advisor of the Anton Bruckner Complete Edition of the Wiener Musikwissenschaftlicher Verlag since 2011. In 2015 he was one of the founding members of Æsthetica Musicalis, a society for furthering education in musical aesthetics. 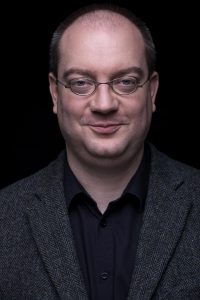